Skip to primary navigation Skip to content Skip to footer

We offer to you:

Enjoy your visit, we take you and your luggage! 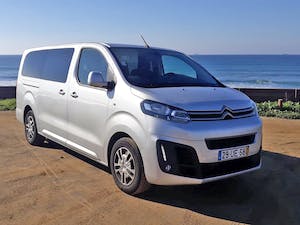 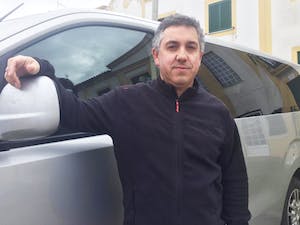 Nature has given the Mira river a gift of enchantment, beuaty and authenticity. To go through it, is to emerge in a immense flow of history, culture and tradition. It used to be an important resource for trade in the area. Its fresh and tasty fish was a part or the local populations diet. Then and now, its shores are filled with wonderful rural landscape. Today, the river is more used with leisure activities.

It rises in the small moutain range of Serra do Caldeir„o, 470m above sea level, goes across the entire Municipality of Odemira and flows into the sea almost 90 miles away, in the charming village Vila Nova de Milfontes. Its main tributaries are the streams of Perna Seca, Luzianes, Torgal, Guilerme, Telhares and Macheira.
The Mira valley, between Odemira and the mouth of the river is integrated in the Southwest of Alentejo and Vicentine Coast Natural Park. Between the mouth of the river and the romantic town of Odemira, the river is navigable with small vessels.
The river banks are a natural habitat where you can find a great variety of fauna and flora it is the birth place for many species, namely molluscs, crustaceans and fish.

In these waters, we can find a great variety of fish, there are about 130 species identified, being the most abundant the toadfish, the flounder, breams and the sea bass. The more common species of nesting birds include the white stork, the sounding reeb warbler, the kingfisher, the grey heron and the moorhen.
Concerning mammals, the mongoose and the genet are some of the species that you can find in the river banks. The presence of otters stands out, that have the particularity of often being at sea. You can frequently observe reptiles near the river namely the mediterranean turtle and the gecko.

The vegetation varies according to the salinity: you find salt marsh plants, where the salinity is higher, then rushes areas, reed beds and wetlands as it diminishes. Closer to Odemira, the river is accompanied by riparian galleries, mainly composed of willows, narrow-leafed ashes and poplars.

The Mira river is one of the few Portuguese rivers that flow in the Southeast-Northwest direction.
The Mira river’s estuary is about 150meters at its widest point, its average depth 20 feet and maximum 40 feet.
long ago, it was designated as “The River Master of Salt Water”, because it was the largest in the region and the influence of its tides reached Odemira.
There used to be over 15 tide mills in the Mira river

The Natural Park of the Alentejo’s South West and Costa Vicentina (89.595 ha, of which 28965 ha are of maritime area) has a great diversity of coastal habitats, including beaches, cliffs, islets and isolated rocks. The Pessegueiro island, in reality a consolidated dune, is anchored two steps from shore. In land, woods and moors alternate with irrigated and rainfed plantations and production woods.

Presence of rare botanical species mainly on the area of the Sagres and São Vicente capes. Varied nesting bird fauna with the white stork building nests on coastal rocks and an important passageway for numerous other birds. Interesting otter population which frequents the sea.

The constant presence of the Ocean and never ending horizons, the majestic nature of São Vicente, a sunset of the gods, the stories of Sagres and above all those enormous stone walls posted before the ocean hiding or revealing small big beaches and attractive little fishing ports complete one of the simultaneously loneliest and most attractive landscape in Portugal.

By clicking or navigating the site, you agree to the FareHarbor Terms of Service and Privacy Policy, and to our partners’ use of data related to your use of our website. Like other websites, we use cookies and similar technologies to collect that data in order to deliver personalized advertising based on your interests. See Our Use of Cookies to learn more about your rights and our partners. Dismiss